Knocked Out And Down For The Count 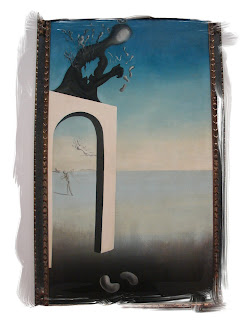 “Sometimes, I think, our impulses come not from the past, but from the future.”


This is the way I am feeling today. A bit wistful about the future. Last night I watched the movie “Knocked Up.” I watched it because I had read many very glowing reviews and as a result was inclined to be entertained by the movie. Instead, I found I was dismayed. First of all, I would like to officially declare that our culture is leaving me behind in the dust. I am certainly no activist so no one needs to worry that I will agitate about the decline of decorum. But I have this blog so, I will write about my disgust.

It wasn’t the getting pregnant after a night of drunken carousing that has left me feeling so dismayed. Although, as a plot line it is getting tiresome. Certainly, this is nothing new, and I was young once and I am not going to cast any aspersions on momentary passion. The pregnancy part of the movie was fine, except I do think Hollywood for once should be true to their political positions and make a movie about a young girl who decides to have an abortion, go to Yale, become a doctor, meet a nice young man, get pregnant responsibly and raise a lovely child. Hollywood is all about Rowe v Wade, but they are also COWARDS. There is a flip side to abortion. It is the part no one ever talks about. I agree about safe and rare etc. I also think trying to undo abortion is stupid.. But all this wink and nod film pontificating gets us no where. How many sixteen year olds will think Juno is the way to go? It’s a lovely movie but…I think the character of Juno appeared to be exceptionally bright and capable. Light years ahead of many young girls who will find themselves in her position. Maybe we need to refrain from glorifying the youth culture and their casual approach to “hooking up” and over use of the F word ... Oooo! which brings me back to Knocked Up… Sorry – I got off track.

I think it was the raw display of flat out bad behavior in this movie that blew me away. Lazy, foul mouthed slackers are not only glorified but portrayed as normal and somehow preferable to ANYONE RESPONSIBLE. (big sigh) The message of the movie seemed to be: it is a desirable outcome to become like the five adult males who were the roommates, or the miserable husband who does ANYTHING to stay away from his family. The five LOSERS smoke dope all day, watch porn and screw randomly all while spewing a constant stream of sentences containing the F word, one even went to Yale! That makes everything okay! Even well educated young men can become bums! Now that's progress. So much for an Ivy League education. Also, I love the way women are portrayed. What great writing! Who was the brilliant Hollywood mind that came up with the oriental girlfriend? First of all she didn’t seem to be in complete possession of her marbles. Oh! And I loved the dark, cave like atmosphere of the room, it was heart warming (as in heart burn) the mentally challenged oriental 'girlfriend' pathetically watching lesbian porn next to the disgusting boyfriend... what an embrace of multi culturalism, how cutting edge! Does anyone else see the dehumanizing despair in this scene?

Not only that – it was implied by “Knocked Up’ that exposing a little eight or nine year old girl to adults repeatedly calling a friend of her aunt a “prick” is hunky dory. Upon answering the door the day of her birthday party,and finding said “prick” on the doorstep, her query to the “prick” is “what does prick mean?” The movie seems to promote the okie dokie notion that our hero will now"instruct" our little birthday girl. She is happily and calmly informed in dulcet, smooth, normal tones “prick” means penis! Yea! An anatomy lesson out of a slur! This is certainly a useful example of responsible parenting! I think the whole scene is sickening and somewhat akin to advocating a form of child abuse. It's every bit as damaging as the FLDS bunch down in Texas. The mother of the little girl who played that part should be ashamed. I can’t help thinking that little girl is headed for a spread in Vanity Fair soon. Heck, her agent is probably trying to figure a way to work that out.

I did not laugh much during this movie. It made me sad and Okay, embarrased. It made me feel old and crochety. And I don't want to feel old and crotchety. But YUCK...the mainstreaming of strip joints (the Las vegas scene, a married man with his face buried in the buttocks of a pole dancer, giggle, tee hee, haa haa!) drug use (if it comes out of the ground it's OKAY! says the wise old, hippie turned capitalist father who only smoked dope once a day during the week and then all day Saturday and Sunday! Hey Everyone, shrooms all around!) and incredibly rude behavior throughout (screaming and repeating F---this, F--- you, F--- us, in all sorts of public places, with no reagrd for the people around you who MAY be offended by such language) makes me have to say my impulse is to despair: because the future is upon us, we are here, we have arrived and we are not going to be allowed to be a gentle or kind society. Not if Hollywood has their say. This is my rant for the day. I will follow this post with something soothing. I just had to get this off my chest.
Posted by Dody Jane at 8:42 AM

I send thanks to you for doing an excellent job of ensuring that I will not waste time or money on watching 'Knocked Up'. It is indeed a tsunami of cultural change that has taken over our country. The younger generation has been indoctrinated by the schools and media to accept dangerous behaviors as 'fun and games'. It's tragically sad.
Actually, you are an excellent activist. Activists speak up loudly and clearly about their disgusts and concerns. You're a descriptive, entertaining and sensitive writer. Thanks for 'getting it off your chest'.
I enjoyed your collage gallery. The pictures are charming. The quote by George Eliot is profound. "By desiring what is perfectly good, even when we don't quite know what it is and cannot do what we would, we are part of the divine power against evil..."
I discovered your blog when you responded to my comments about the normalization of homosexuality. (www.concerningthis.blogspot.com.) Thank you for your thoughtful response. I too am getting my concerns about our changing culture off my chest, and am reassured that others share these concerns.
It sounds like you are a prude, but a reluctant one. I guess I'm a prude and proud of it.
Keep up your good writing and sharing.
Marge

Thanks Marjorie for stopping by. I have added you to my favorites!

It is a sad state of affairs these days. I worry what the children of tomorrow will have to face. I would like to add you to my favorites, can't seem to find the way. Whenever I try to add you to my links it asks for the URL address. Help please.

I appreciate your candor in telling it like it is about this movie. Seems more and more of these type movies are made and no one speaks up about the disgusting talk, themes and impressions given to children.
I Definitely Don't think you are a PRUDE. I think we should not think of our selves in this way when we speak up about the constant use of the F word and all the other filth portrayed in movies and even on TV these days.
I had heard about this movie, but I would not go to see it anyway because of the title. That was enough to turn me off.
Thanks for speaking your mind so eloquently.
And I love you story about the Pink Slip. Great!

BLOG FROM THE HEART

Words to Live By

"...by desiring what is perfectly good, even when we don't quite know what it is and cannot do what we would, we are part of the divine power against evil - widening the skirts of light and making the struggle with darkness narrower."